ARIA stands for Accessible Rich Internet Application. ARIA is a collection of attributes and roles that act as add-ons to complement HTML for complex web applications, particularly those built using Javascript.

It helps make the applications accessible for assistive technology that is otherwise not possible with the use of native HTML alone. Some examples are dynamic content and user controls like error messages, tool tips, live regions.

Becoming ever so popular with web developers looking to make applications accessible, ARIA if misused can cause an inaccessible experience for a user. Which is the case today, as we see code stuffed with ARIA. It helps understanding the WAI-ARIA rules, which are not easy to decipher so we have tried to explain it in simple language.

Let’s take a look at the 5 rules of ARIA below with some examples.

If you can use a native HTML element or attribute instead, then do so.

If you shouldn’t use ARIA, then when can you use it?

If it’s not possible use a native HTML element or attribute because:

Role = button tells a screen reader it is a button element,

But it doesn’t provide the functionality of a button.

<button> is a native HTML element and is perfectly accessible.

Here is a Link to ARIA cheat sheet. One of the best I’ve seen in the industry and I’d highly advise you to refer to it when in doubt.

ARIA rule # 2 : Do not change native semantics, unless you really, really, truly have to.

For example: A developer wants to build a heading that’s a tab.

Do not do this:

The Role feature: Defines what an element does.

Some roles duplicate the semantic value of HTML5 elements : nav, aside

They only provide information to screen readers.

ARIA rule # 3 : All interactive ARIA controls must be usable with a keyboard.

A custom control, needs to receive focus and the user be able to activate it with:

A custom control like a button for example, must work with the keyboard as a native button element would.

If you create an interactive element yourself, use tabindex to make it focusable

tabindex = “-1” removes it from the tab order

ARIA rule # 4: Don’t use role = “presentation” or aria-hidden = “true” on a focusable element.

role=”presentation ” or role =”none” removes the ARIA semantics from the accessibility tree.

When is it used?

When an element is used for presentation only and does not have accessibility purposes.

aria-hidden is also used to hide non-interactive content from a screen reader.

When is it used?

Decorative items like icons or images that have no meaning/context

Collapsed items such as menus

When are the attributes used?

aria-hidden =”true” will remove the entire element from the accessibility tree.

role=”presentation ” and role=”none” will remove the meaning of the element but still expose its content to a screen reader.

ARIA Rule # 5: All interactive elements must have an accessible name.

Accessible names help assistive technology users understand how to interact with an element.

Let’s look at what interactive elements are.

An accessible name can be generated from a native HTML element’s content:

The <label> in a form will pull the content associated with its input as its accessible name.

If none of these options are available, use aria-label to define the accessible name of the element:

aria-label – text that labels the element is not visible.

aria-describedby – additional instructions for the input to users.

Now we understand what ARIA is and how it is used. We’ve also seen the benefits of using native HTML to make applications accessible out-of-the-box.

My key takeaway to prevent “excessive” ARIA use is by remembering one thing:

You don’t always need to provide instructions to screen readers only.

If the instructions are important enough, provide them to every user. 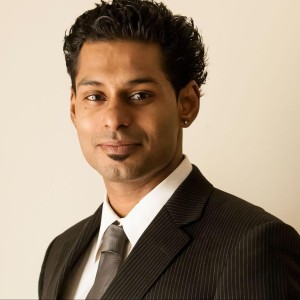 Aditya is the founder and CEO of AdvancedBytez, a disability tech company. He is a W3C COGA (Cognitive and Learning Disabilities Accessibility) Community Member where they research methodologies to improve web accessibility and usability for people with cognitive and learning disabilities. Aditya’s passion lies with Accessibility and Education, trying to remove barriers to learning. Why Should You Automate Web Accessibility Testing? Simply because manual testing takes time and is costly. Automation saves you time, effort and money. Leveraging automated How to Translate Design Wireframes into Accessible HTML and CSS?

Accessible products don’t just happen. They start well before development, at the planning and design stages. It’s essential to start thinking about accessibility early and The Complete Guide to Making your WordPress Website Accessible

If you are a small business owner, you may or may not have the skillset to build an accessible website from scratch. If learned, this

Need help? Book a call at a time to suit you

Schedule a 30 minute free appointment to talk to one of our experts. We will take this time to understand what you want to achieve before we go into business.
BOOK YOUR FREE CONSULTATION
Skip to content